Dragon Skin Band Ring represents the mythical creature that could fly in the sky and spit fire.

Dragon Skin Band Ring made for someone who wants to tell the world about their passions!

Fascinating Stories of Dragons from Around the World!

Dragons were originally serpents or other animals that transformed into flying creatures with four legs and a tail.

They breathe fire like a dragon from Greek mythology.

In China, they represent power and good luck.

In Japan, they symbolize strength.

If we go further down the line:

Dragons are said to be the most powerful force on earth. They can be both good and bad depending on the culture they come from. Many of these stories are still told today and are loved by children all over the world.

The word “dragon” comes from the Greek word “drakon”. It is believed that dragons came from a serpent or snake-like creatures that could fly in the sky and spit fire.

These animals are often represented as guardians, protectors, and symbols of power in almost every mythology. Dragons are noble and intelligent. They are usually depicted with their wings folded back along their body, making them resemble a serpent or an iguana. This is because they are seen as the guardian of the earth and all its treasures.

Dragons are often portrayed as wise creatures that possess magical powers. They are said to be able to change their size, shape, color and gender at will. People also believed that dragons are the bringer of good fortune, prosperity and they can control natural disasters such as floods, thunderstorms, and earthquakes.

The legend that surrounds these creatures is rich and varied, but they all share one common thread: these dragons want to be seen. 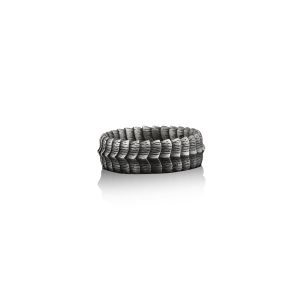 Do you want to be seen too? Then you do not have to wait any longer with the Dragon Skin Band Ring!

Thanks to the Dragon Skin Band Ring, you will be more visible, just like the legendary, magical dragons. It will transfer its own power and glory to you.

Dragon rings are usually worn by people who have a strong connection with the dragon and who believe that wearing a dragon ring brings good luck and prosperity to the wearer. In others, they symbolize courage and strength. You can be strong with the Dragon Skin Band Ring.

Also, dragon rings is a new fashion trend that has been seen on the runway and in the street. The Dragon Skin Band Ring will make your style more attractive.

The Dragon Skin Band Ring is made of sterling silver with delicacy and passion only for you!

You can also check out our Band Ring category in here. 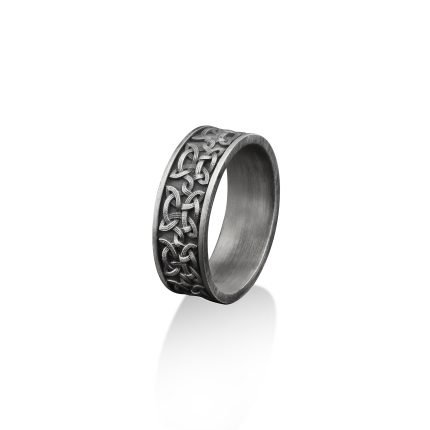 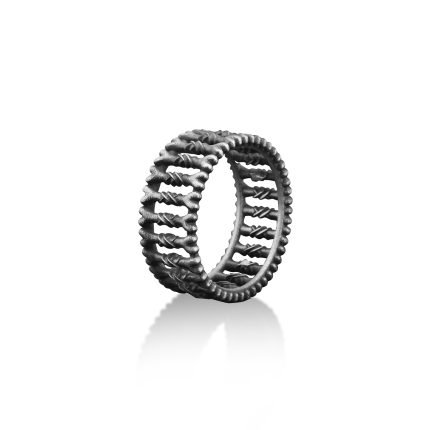