Goddess Athena Coin Necklace, Symbol of Wisdom, War and Courage, Daugther of the King of the Gods Zeus

Goddess Athena Coin Necklace will be your one and only guadince against this evil world!

Greek goddess Athena is the goddess of wisdom, war, courage, inspiration, civilization and justice. Athena is one of the most well-known Greek deities. She was born from Zeus’s fully armored head and became a full grown woman with a sword in her hand. Her mother was Metis, a Titan goddess who had been swallowed by Zeus to prevent her from giving birth to a son who would overthrow him.

She was born in a time when gods and humans lived together, so she is friends with many human heroes such as Odysseus and Perseus. Athena helped them in their quests because she wanted to show her skills as a warrior goddess to her father Zeus.

Know Your Goddess of War with the Goddess Athena Coin Necklace

Athena has been depicted in many different ways over the centuries but she has always been a symbol for wisdom and skill. She is often seen as either a beautiful woman or as an older woman with gray hair wearing armor and carrying a shield. Our matchless design has both of the features: In the Goddess Athena Coin Necklace, Athena is a young, beautiful woman who wears armor and carries a shield to fight with her tough enemies!

Athena has a very important role in many myths. The most famous one is when she battles Ares for ten years before winning and becoming the Goddess of War.

The goddess Athena plays a major role in the story of Metamorphoses. She appears as a main character in many of the stories in this epic poem. In some instances she is portrayed as a benevolent goddess who helps humans out on their journey through life, while at other times she behaves more like an antagonist and hinders their progress towards enlightenment.

Athena was mentioned in another epic story: The story of Ovid’s Metamorphoses is told in a series of transformations. The very first transformation is that of Chaos, which is the originator of all things. From this primordial state, the universe begins to take shape and form.

Athena’s warlike nature is shown in Homer’s Iliad, where she is seen as a goddess that protects and fights for the Greeks. She was the one who gave Odysseus his strategies to take down Troy. She was not only a goddess of war, but also a protector of cities and women. She would come to help people in need if they prayed to her, which is why she was able to help Odysseus with his journey home.

She is Not “Just” a Woman

The story of Athena is not just a story of a goddess and the goddess’ history. It is also a story of how one can find meaning in life and love through perseverance, even in the face of adversity.

The word “Athena” comes from the Greek word “Athenai,” which means “to be born from or created by.” This is appropriate because as we mentioned before, Athena was born from Zeus’ head without any mother and she was created by her father, who wanted to give birth to her on his own. In other words, Athena was self-made. Zeus called her Pallas Athena which means “the maiden warrior who knows no fear”.

This can be seen in the way that she raised herself up as an independent woman who does not need any man’s help to complete her tasks. She did everything herself: starting with making clothes for herself and so on. She was a wise woman who knew how to deal with difficult situations and make good decisions.

According to the ancient Greeks, Athena had a number of symbols that represented her different qualities. One symbol associated with her is the owl which represents wisdom and intelligence. Olive branches and snakes are also used in art as symbols for Athena. You can clearly see these precious symbols in the Goddess Athena Coin Necklace. 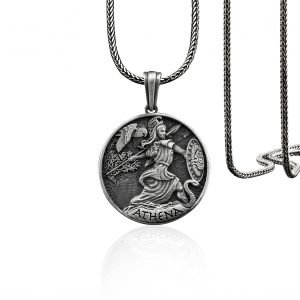 Necklaces are a great way to express your personality and style. They can be worn to add a pop of color to an outfit or as a statement piece. Necklaces are also popular as gifts for someone special in your life. When deciding which necklace to purchase, it is important to consider the type of necklace you would like and the type of person you are buying it for. The great Goddess Athena Coin Necklace is the best necklace choice for your loved ones!

There are many different types of necklaces available including popular Greek deity necklaces, religious necklaces, family necklaces, and more. Necklace length will also vary depending on what type of necklace you purchase. The Goddess Athena Coin Necklace has so many options for it. If you are buying a gift for someone special in your life, consider their style when selecting the right necklace for them or as a gift for them. Do not hesitate to have the Goddess Athena Coin Necklace!

Athena is the goddess of wisdom, war strategy, and heroic endeavor in Greek mythology. She is a daughter of Zeus and the Titaness Metis. Athena was the first female to join the ranks of the twelve Olympian gods and goddesses. She was honored in ancient Athens as an important protector of democracy, and her wisdom is often depicted as divine inspiration.

You can also check out BySilverStone’s Greek Mythology Necklaces category for similar products like the Goddess Athena Coin Necklace in here.

Ready to ship in 1-2 business days.
Shipped to the worldwide 1-5 business days with free shipping.
The product will be sent to you with a handmade wooden box to avoid any damage during shipping.
Visit our store, browse other jewelry, silver, and gold collections, and find the perfect piece you are looking for. 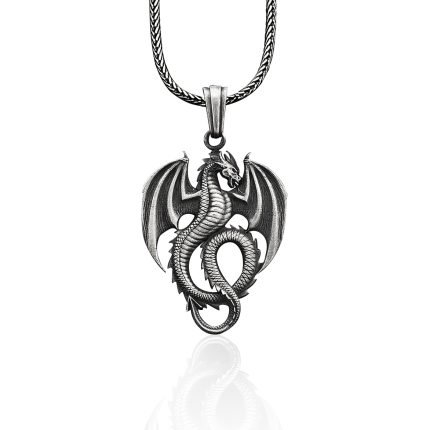 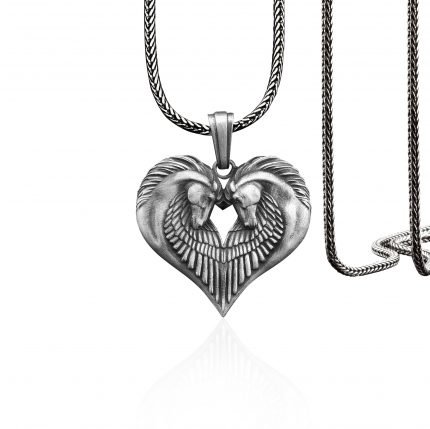 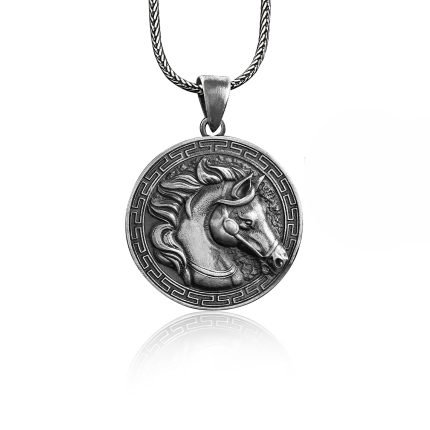 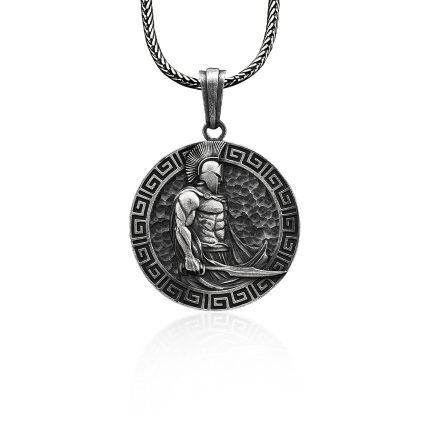 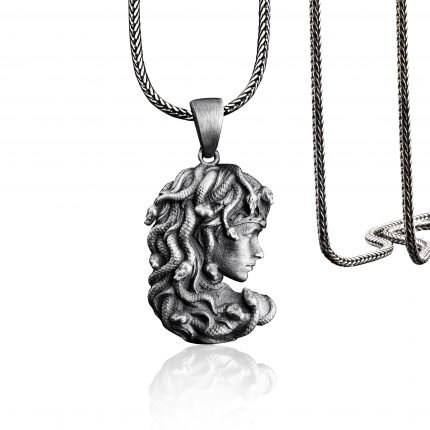 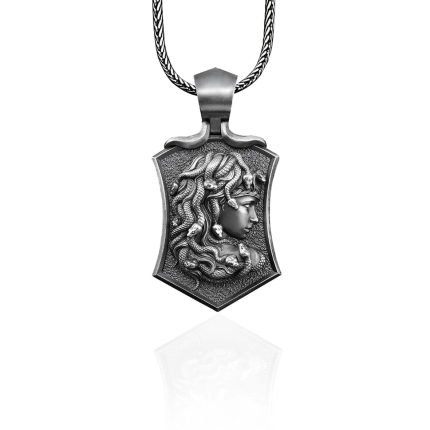 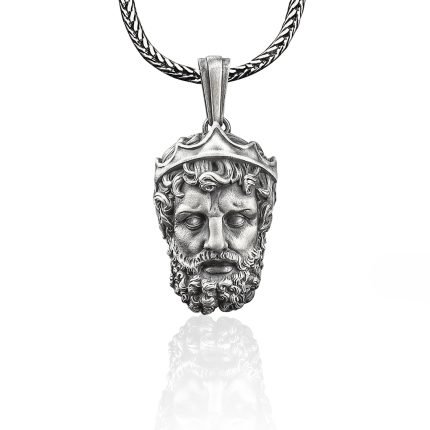 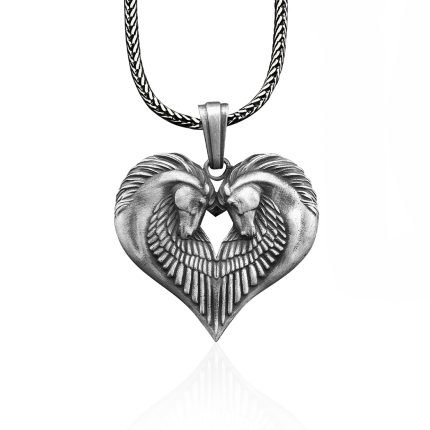