Raven Skull Ring is a reminder that we are all mortal and need to live the life fullest!

Ancient people depicted birds with skulls on them to symbolize the idea that these birds were the only way to survive.

Ancient art of depicting creatures of mythological significance to preserve it for future generations is still used today. This art is a form of cultural memory that helps us remember what it was like and how things have changed over time. One example is the ancient Egyptian tomb painting “The Banquet of Meretites”. In this painting, a bird with a human skull in its beak sits on top of a pyramid, which represents the afterlife.

The raven is the most famous black bird in the world. It is a symbol of death, resurrection, sadness and being cursed. It is a bird that has been associated with many superstitions throughout history. It was also thought to be an omen of death and misfortune as it was seen as a harbinger of darkness, evil and bad luck. It is often associated with the underworld and serves as the messenger between the living and the dead. In some cultures, it was thought to be a god or goddess.

The raven thought to be intelligent, wise, and sometimes even as a trickster. The black bird is found in many ancient legends and myths around the world. It is believed that the raven was created by the Great Spirit to teach people about the world around them.

The raven is also known as Corvus corax in Latin (which means “raven” in Latin) or kukurinji in Japanese (which means “black crow”). In different parts of Europe, it was seen as a symbol of light and wisdom. The meaning of the word “raven” comes from Old English words “raefan,” meaning “raven,” or “hræfn,” which means “corpse.” The word derives from Proto-Germanic raubon, which means “to rob.”

In Norse mythology, Odin sends two ravens, Huginn (Old Norse: “thought”) and Muninn (Old Norse “memory” or “mind”) are a pair of ravens that fly all over the world, Midgard, and bring information to the god Odin, to Ulfheimr to spy on the dead where they find three corpses with eyes still open.

The raven has also been used as a symbol in the Bible, specifically in the Old Testament. In the story of Abraham and Isaac, God tells Abraham to sacrifice his son, Isaac, but Abraham takes three birds instead. The raven then enters into the story as a messenger of God’s plan for Isaac’s life.

The raven is also used in Native American culture to represent death and rebirth. It is often seen as messengers from the otherworld who bring messages from spirits or ancestors to humans on Earth. Maybe the Raven Skull Ring can be the messanger between you and your ancestors, who knows? Try the hanmaded ring and find out! Also, The matchless Raven Skull Ring make you feel special and privileged, ’cause it has a uniqe design and great engraving details.

The raven skull can be found on many different items, such as jewelry, tattoos, and clothing. It’s a symbol that has been around for centuries and has a lot of meanings to it. 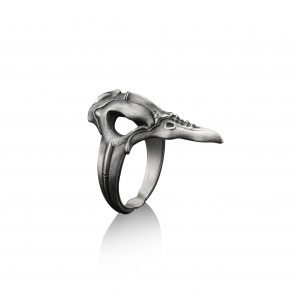 A biker skull ring is a popular accessory that is worn by bikers and motorcycle enthusiasts. It has a skull design on it with the word “ride” inscribed on it.

The popularity of skull rings is no mystery. Most people who wear them do so because they believe in the power of skulls and the life giving properties they possess. They are also a reminder that we are all mortal, and that in death, our souls will be free to roam the world.

The raven skull ring is believed to have originated from the early 20th century when motorcycle enthusiasts began wearing them as a symbol of their lifestyle. Some people even believe that these rings were given to bikers as a gift from the devil in order to encourage them to ride faster, harder, and more recklessly than ever before.

When it comes to wedding rings, people often gravitate towards the classic wedding ring with a round band. However, there is a lot more to the story. A raven skull shaped engagement ring is not just for Halloween or for the horror movie genre. It is actually a symbol of eternal love and devotion. So, the Raven Skull Ring can be symbolic of your love story or it can also be a reminder that you are never going to forget each other.

The Raven Skull Ring can also be symbolic of your personal life motto: “Live Fast, Die Young,” as well as “Never Forget.”

You can also check out BySilverStone’s Biker Skull ring category for similar products like the Raven Skull Ring in here. 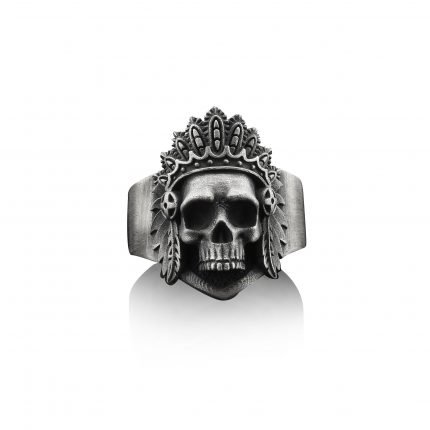 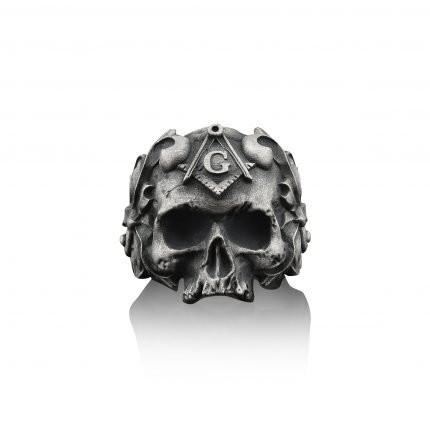 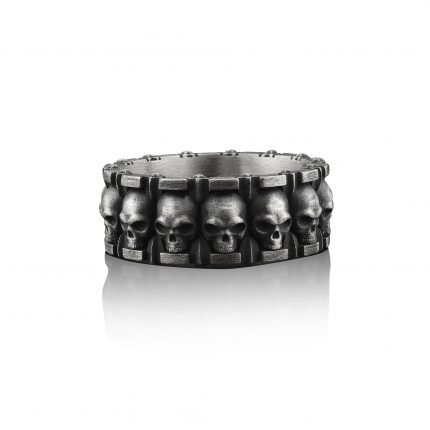 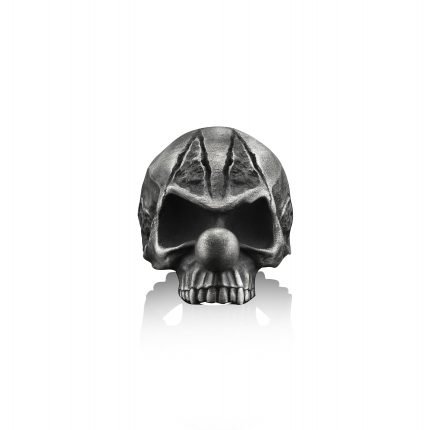 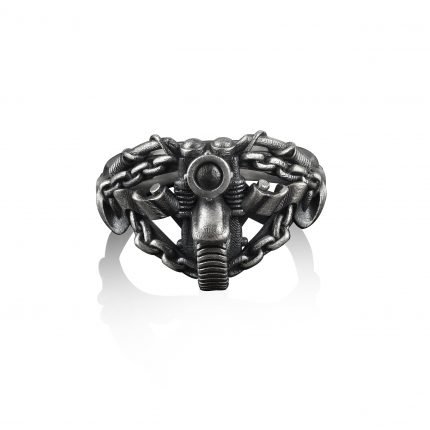 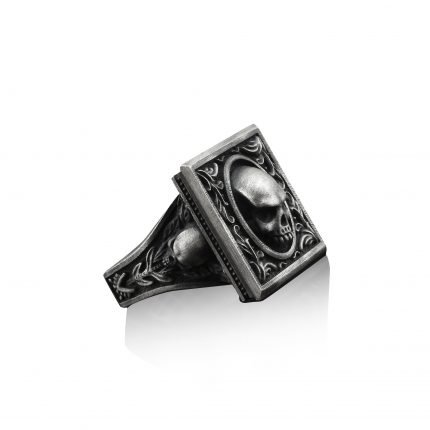 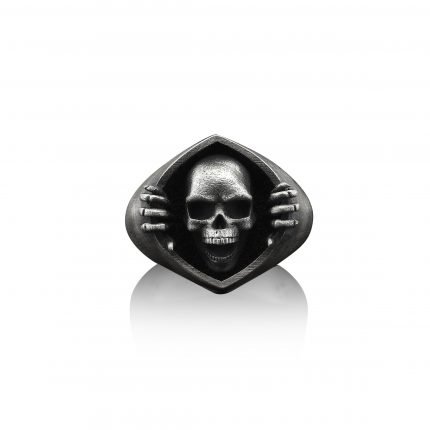