Saint Christopher Oval Necklace, The Patron Saint of Travelers, The Man Who Carries The Christ

Saint Christopher Oval Necklace will be the one and true protection on your every journey!

Another Great Legend with the Saint Christopher Oval Necklace!

The origin of the story of St. Christopher may be a Christianization of an ancient Egyptian tale about a giant cat-headed god, or it might be a conflation with the legend of the Canaanite deity Baal. The story goes that St. Christopher was originally called Reprobus, and he was born into a wealthy family. As a boy, he was strong and healthy, even like a giant.

All his life, he has always wanted to believe and serve the powerful one. First, he devoted himself to a king and served him for many years, doing whatever the king said (even the bad things). Then, one day he saw that the king was afraid of Evil and bowed to him. So, there was a being more powerful than the king, and Christopher, who found out about it, began to serve the Evil from that day on. Over time, he realized that there was also a greater power than the Evil, and that was Christ. Although he never knew him, he completed the tasks assigned to him by intermediaries for many years.

Again, one day on one of his travels, walking by the side of a river, he sees a child. The boy wants to cross the river, and Christopher -the giant man-, takes the boy on his back and tries to cross the river. But it so happens that the little boy suddenly begins to be quite heavy, even for that giant, strong man. He barely gets the child across the river, and at that moment the child tells him that he is the Christ himself and that he has just (Christopher) carried the entire burden of the world with him. Because of this act, his name would be “Christopher” which means “Christ-bearer.”

There are many variations about the story of Saint Christopher Oval Necklace but here is another one:

The legend of St. Christopher is that he was a Canaanite who came to live in Judea with his mother, who was a follower of Jesus Christ. The story goes that when he grew up, Christopher became a large and strong man. He served as a soldier in the Roman army and was known for being very loyal and brave. One day, the Emperor Diocletian decided to punish all of his subjects by demanding that they worship only him. When the emperor found out about Christopher’s devotion to Jesus Christ, he ordered him to carry his royal robes across a river; but because of this, Christopher carried them across on his shoulders instead.

The story of St. Christopher is a story that has been passed down from generation to generation, and the tale will continue to be passed down for generations to come. The story may not be as popular as some other religious stories, but it is just as important and just as miraculous. You can see this miracle in the matchless design of Saint Christopher Oval Necklace!

St. Christopher is one of the most popular saints in Christian devotional art. His image is found in many places, including churches, paintings, stained glass windows and icons.

The use of St. Christopher as a symbol has been widespread since the early history of Christianity. He is often depicted carrying a child across a river or other body of water, like shown in the great detailed and handmade design of Saint Christopher Oval Necklace. The child represents Jesus Christ and the staff symbolizes his patronage of travelers. The cross he carries is symbolic of martyrdom, which he was eventually martyred for when he was executed by beheading on July 25th, AD 258 at Lydda during the reign of Emperor Valerian I (253-260).

He may also be seen standing on a rock being attacked by a dragon or devil. St. Christopher is usually shown with his head uncovered and wearing an Eastern-style garment such as a tunic or cloak.

Explore Your Own Depths… St. Christopher is a saint who is known for his healing and self-development abilities. The power of St. Christopher comes from his faithfulness to God, his love for all creatures and his kindness towards everyone.

The energy of Saint Christopher Oval Necklace can heal you if you are open to it. St. Christopher is the energy that we are all capable of. It is the power that resides within each and every one of us. The way that he does this is by emitting an energy field that will help with your spiritual growth and development. This can be done through prayer, meditation, or just by being in the presence of the saint and just wearing the Saint Christopher Oval Necklace at every moment of your life.

In modern times, some people wear St. Christopher necklaces to protect themselves from accidents while traveling. So, it is believed that wearing the Saint Christopher Oval Necklace will keep you safe from danger and help you reach your destination safely.

Also, there is a day dedicated to the saint and protector of travelers.. St. Christopher’s Day is celebrated on July 25th. The celebration includes holding processions, visiting churches, and giving gifts to children. The Saint Christopher Oval Necklace will be the perfect gift for your loved ones on this great day to honor him. It could be an amazing family heirloom too, just want it and have it!

You can also check out BySilverStone’s Religious Necklaces category for similar products like the Saint Christopher Oval Necklace in here.

Ready to Ship in 1-2 business days.
Shipped to the worldwide 1-5 business days with free shipping.
The product will be sent to you with a handmade wooden box to avoid any damage during shipping.
Visit our store, browse other jewelry, silver, and gold collections, and find the perfect piece you are looking for. 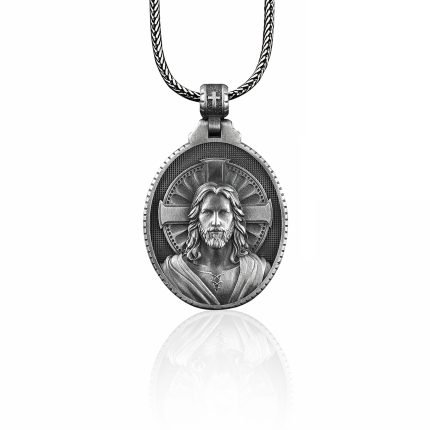 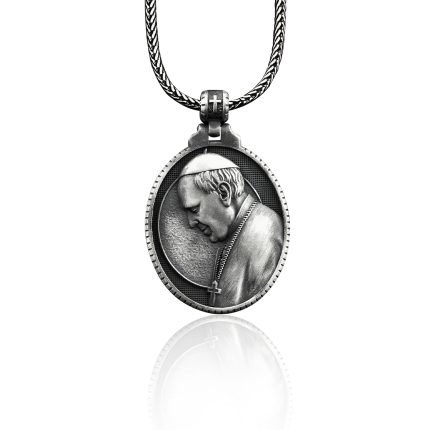 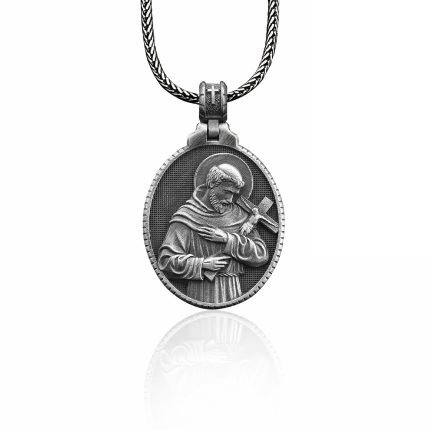 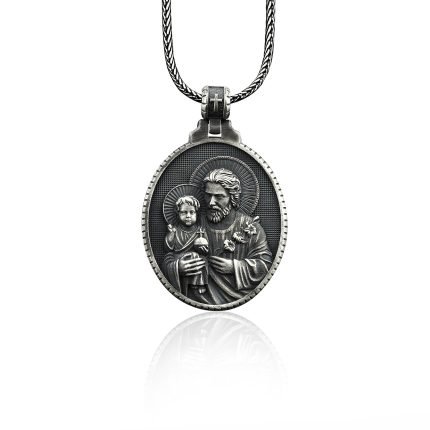 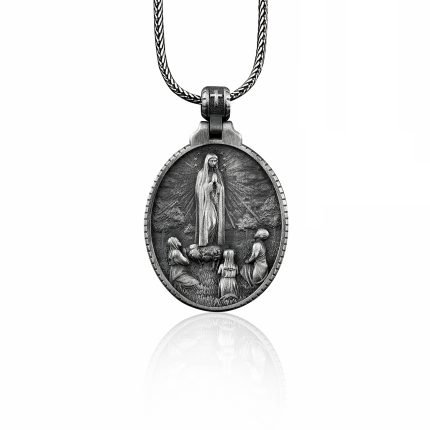 Our Lady of Fatima Necklace 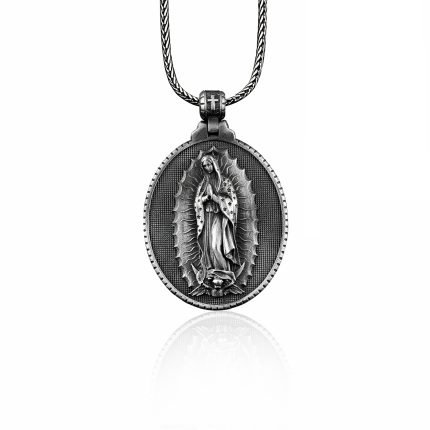 Our Lady of Guadalupe Necklace 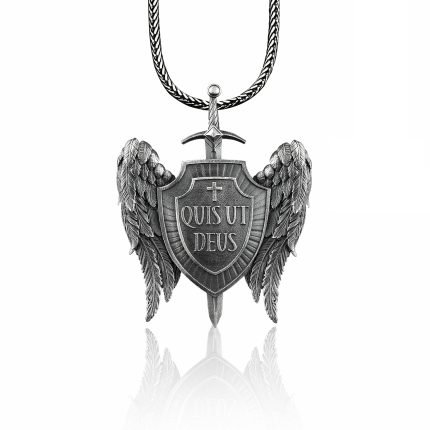 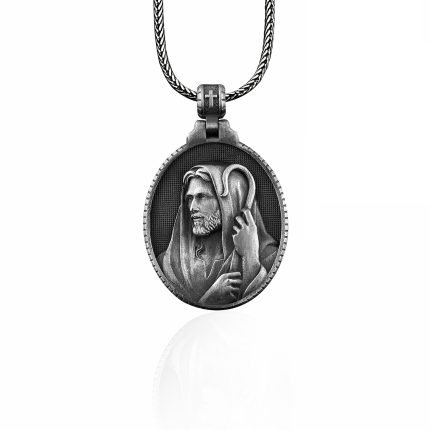